What do Hawaii, Kentucky &Tennessee have in common? -The answer lies underground. its rulings can set very important precedents. Some affect our daily lives; some do not. Enter coal ash. Coal-fired power plants generate literally tons of toxic waste containing pollutants like lead, mercury, and arsenic. Where does it go? Pits. Ponds. Containment sites. Whatever you call them, they are piles of toxic waste that are often unlined, with nothing between toxic waste and the groundwater table below except for permeable dirt and rock. Coal-fired power plants are located near water because they

need it for operations. They store their coal ash onsite.Toxins

from that coal ash enter groundwater, and that groundwater leads to nearby surface water. A logical assumption would be that the Clean Water Act (CWA) would regulate that pollution. But it doesn’t. It only regulates discharges that directly enter surface waters. If pollution gets there via groundwater, it doesn’t count under the CWA.

Tennessee Clean Water Network (TCWN) took that issue to court. And won. And then lost on appeal at the 6th Circuit Court. (Currently, TCWN is awaiting a determination by the have the ruling reviewed.) Meanwhile, in other states… the 9th Circuit Court ruled early last year that the pollution should be regulated under the CWA. Soon after, the 4th Circuit Court ruled that it should as well. Then our 6th Circuit Court went against those other precedents last fall. Now, enter the US Supreme Court. It has received petitions to review these conflicting decisions. A couple of weeks ago, the Solicitor General recommended the Supreme Court take the case in order to clarify appeal rulings that are “squarely in conflict.” 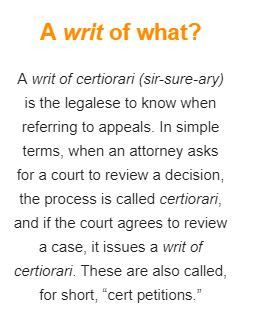 If the Supreme Court hears the case, its ruling would have significant impacts on the regulation of coal ash storage –either for good or bad. TCWN is on the front line in this battle, fighting to keep toxic pollutants out of your groundwater – and your surface water.

We will keep you posted on this issue.